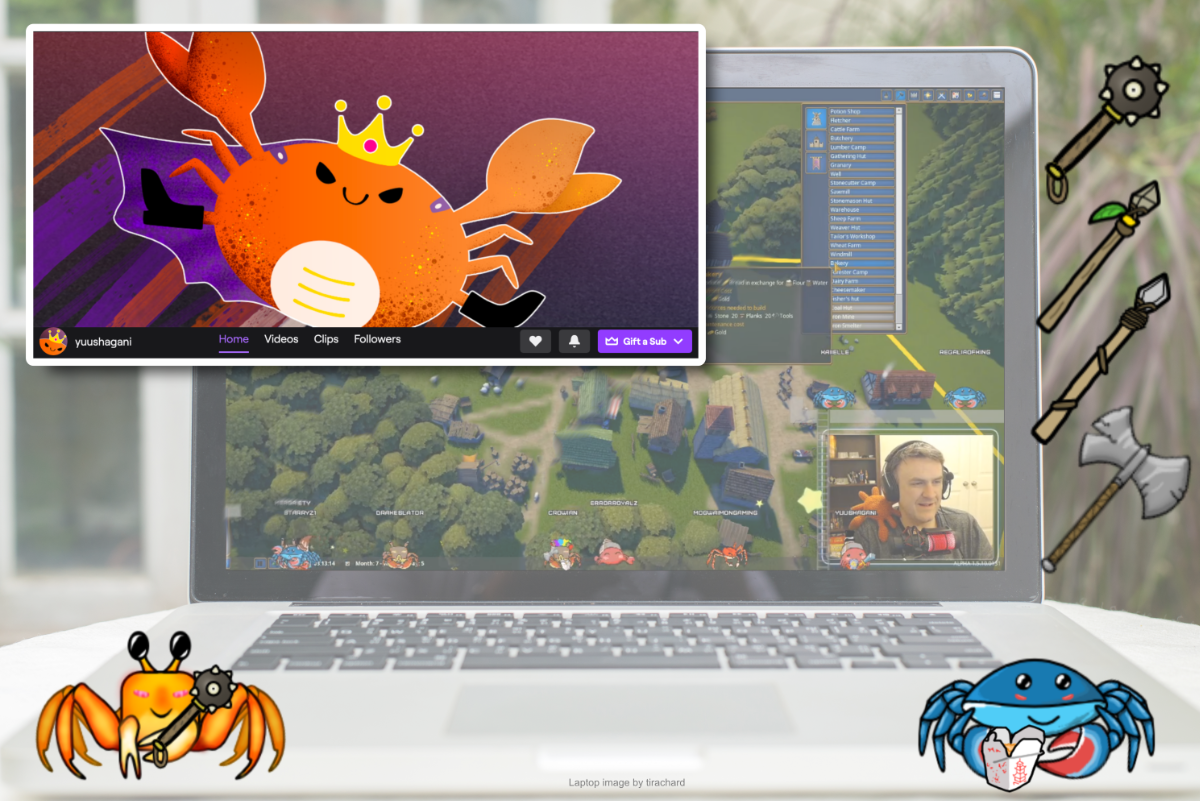 Buddy of mine Yuushagani started really getting into Twitch streaming recently and needed some art done. I was happy to jump in where I could!

It began with a sketch his wife (who goes by the handle of butanosuka) painted for the "King Crab" which Yuushagani roughly translates too. I digitized the crab design and packaged up an archive of a banner, avatar and several emotes. 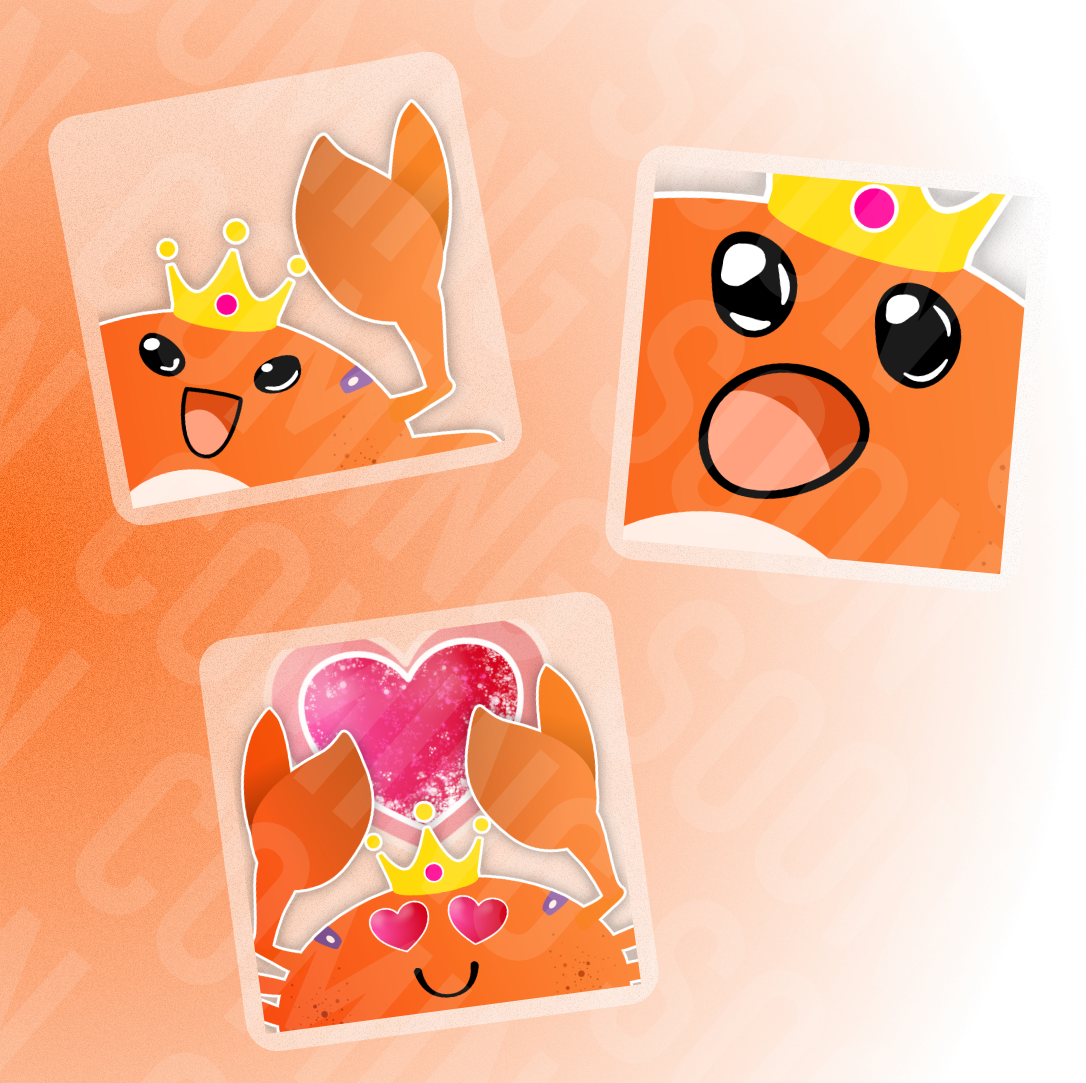 Later, Yuushagani added Stream Avatars which introduced little animated characters that walk around the screen with various attachments like hats and holdables. I've since made roughly half of the crab pixel art for the channel that the followers can enjoy as they scuttle across the screen!

These commissions were a blast and I'd consider taking more in the future.