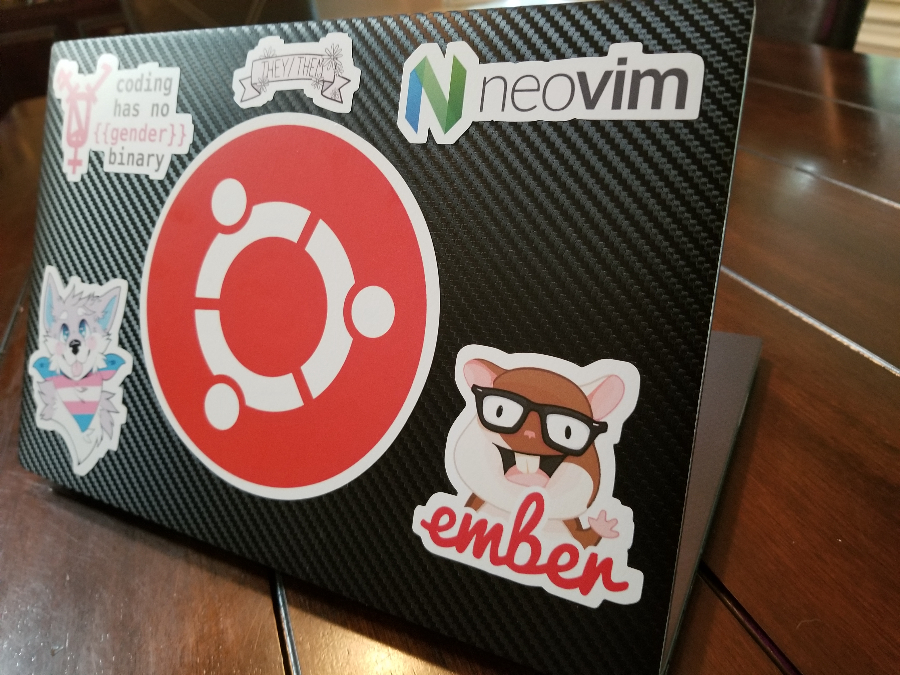 I recentlysaid goodbye to my job of three and a half years as a Developer III at Q2where I teased exciting things upcoming in the near future.

More news on the job itself soon, but for now let's talk tech!

I've fallen in love with thisDell XPS 13 9380with a 4k touch display and 16GB of ram shipped running Ubuntu out of the box. Coming soon are new home-office pieces such as monitors, arms, and a new desk which I'll be sure to post about when they arrive.

It came in Silver with a big Dell logo on the back before I got my hands on it, I've used somevehicle interrior Adhesive Wrap by StyleTECHtrimmed with an x-acto knife to achieve the carbon fiber look and cover up the logo. A major benefit, besides the beautiful aesthetic, are I can add stickers as I please to the laptop without fear of ruining the laptop itself.

The stickers are primarily from Redbubble as now many tech companies actually sell stickers directly - although I hope to add a DuckDuckGo official logo soon. 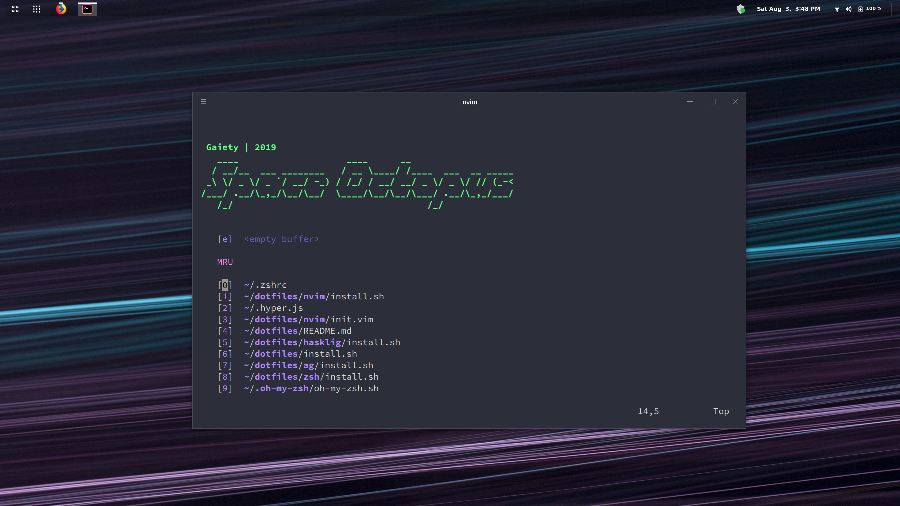 I'm still on the lookup for a nice Window Tiler and tree browsing solution. We'll see!